Connect with us at
www.Cornerstone.IT/contact for the latest updates.

Ask us how we can help secure your environment with the top 10-12 security enhancements every firm should have.  #ITCornerView

In February, South Korean cybersecurity firm Enki disclosed that threat actors used an Internet Explorer zero-day vulnerability in attacks to install custom backdoors. This vulnerability allows attackers to run a file of their choice by getting you to view a hacked or malicious website in IE. Once the machine is exploited the attacker can take control of the affected system and steal confidential data.

Users who have Internet Explorer 11 or legacy Microsoft Edge installed on their machines.

Microsoft released a path that mitigates this vulnerability. While Microsoft lists this as both publicly known and underactive at the time of release, it is not as impactful as the Exchange bugs. We highly recommend applying these patches immediately for enterprises that uses old IE versions and HTM-based Microsoft Edge.

We also recommend that your security team review the following resources:

Avoid business continuity disruption by including Windows 10 upgrade in your 2021 budget.  Cornerstone.IT is a Microsoft Gold partner with a history of successful Windows upgrades.
Contact us to discuss your 2021 IT needs. 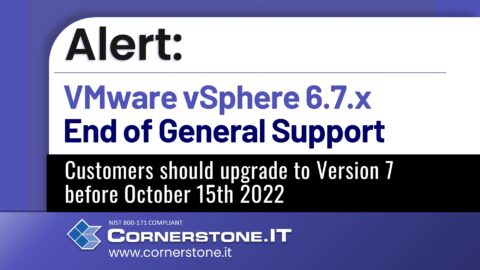 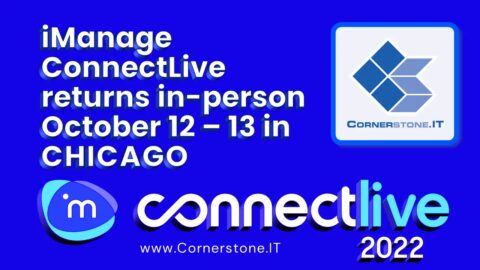 Burlington Lunch-and-Learn: iManage EOLs, Innovations, and What This Means for You

Cornerstone.IT at ALA NYC Symposium October 14, 2022

This website uses cookies to improve your experience while you navigate through the website. Out of these, the cookies that are categorized as necessary are stored on your browser as they are essential for the working of basic functionalities of the website. We also use third-party cookies that help us analyze and understand how you use this website. These cookies will be stored in your browser only with your consent. You also have the option to opt-out of these cookies. But opting out of some of these cookies may affect your browsing experience.
Necessary Always Enabled
Necessary cookies are absolutely essential for the website to function properly. These cookies ensure basic functionalities and security features of the website, anonymously.
Functional
Functional cookies help to perform certain functionalities like sharing the content of the website on social media platforms, collect feedbacks, and other third-party features.
Performance
Performance cookies are used to understand and analyze the key performance indexes of the website which helps in delivering a better user experience for the visitors.
Analytics
Analytical cookies are used to understand how visitors interact with the website. These cookies help provide information on metrics the number of visitors, bounce rate, traffic source, etc.
Advertisement
Advertisement cookies are used to provide visitors with relevant ads and marketing campaigns. These cookies track visitors across websites and collect information to provide customized ads.
Others
Other uncategorized cookies are those that are being analyzed and have not been classified into a category as yet.
SAVE & ACCEPT